READER POST: Religious holidays can be really hard after a faith transition. I often feel like I have to settle the questions of belief that I’ve wrestled with during the year, or that the wrestle isn’t allowed or worthy during the holiday season. I feel pressure to either declare myself a Christian with all the trimmings of a salvific Christ and a virgin birth, or I have to entirely reject Christianity and exclusively embrace a secular or pagan observation of the season.

For several years, this painful and externally imposed dichotomy stole much of the Christmas joy from me. The mental load of handling all the holiday bustle for my family, added on top of our regular crazy and my demanding job, turned me into a Grinch.

For years, I’ve wrestled with matters of faith, but, as I approached this Christmas season, I’ve found the excitement and the peace have somehow returned. I don’t believe in a salvific Christ anymore, but I’ve found I don’t need to. The years of healing and thought and story re-writing have brought me to a really at-peace place with a sacred Christmas, perhaps made more sacred by the wrestle of seasons past.

This year, I’ll play Christmas music I haven’t listened to or sung in years and rest gently in the beautiful ideas of the season. We’ll talk about Jesus, Joseph and Mary, the shepherds, wise men, and angels just as we’ll celebrate the return of the sun and see Santa and look forward to Christmas cinnamon rolls.

We will set up a nativity and, when I do, those are the beliefs I’ll hold on to. That’s what I’ll teach my children that Jesus, and Christmas, mean.

READER BIO: Lacey grew up in Eastern Idaho and is the daughter of a convert and a lifelong Mormon. Her own faith journey has taken her places she did not expect and she has embraced the idea that everyone’s faith is unique and valid to their own path. As a non-traditional believer, she is passionate about creating environments where charity allows us to understand each other and build Zion together. Read Lacey’s previous submissions by searching for her name. 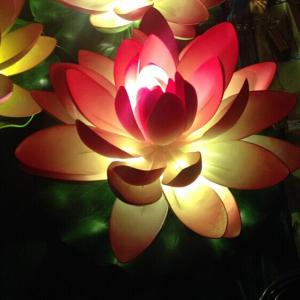