READER POST: I have been an active member of the Church of Jesus Christ of Latter-Day Saints (aka Mormon) my entire life.  I have served in numerous church callings.  I am also a transgender member who came out in September of 2017.

As you can imagine, coming out has affected many areas of my life.  My wife of 45 years and I divorced, two out of three of my kids don’t talk to me, and five of six of my siblings are opposed.  The other difficult part has been the Church.  I first came out to my Bishop, who told me I couldn’t go to Relief Society or use the women’s restroom.  I also lost my temple recommend at that time and was told I couldn’t wear the female garments.  To inform ward members of my new identity as Linda, I elected to go to the pulpit, re-introduce myself, and bear my testimony.  Reactions were varied, but very few of my ward members still count me as their friend today. It hurts. I am still me.

I moved into a new ward and stake.  Before moving, I visited the new ward for two weeks, including going to Relief Society, which I enjoyed, and had no problems.  I spoke with my new bishop and explained my situation to him.  I was again told I couldn’t go to Relief Society or have visiting teachers, nor could I use the women’s restroom.  Once again, I got up during fast and testimony meeting and came out to all.  It wasn’t easy, but it was necessary, and several people (particularly sisters) told me how brave I was and that they respected me. But I left after Sunday School because priesthood leaders wouldn’t allow me to go where I belonged, even if the sisters were welcoming.

I changed my legal name.  According to Handbook 1 for Bishops and Stake Presidents, legal names should be used on church records.  That’s also the instruction for ward clerks.  I emailed my bishop a copy of the court document showing my name change and asked that my records be updated.  My bishop forwarded my email to our Stake President who in turn sent it to the Area President.  The Area President said that, since I had the legal court order, go ahead and change my name on the records. It felt like a small victory.

I expressed my feeling that refusing to show my correct, legal name was very disrespectful.  In addition, it was reiterated that I couldn’t go to either Relief Society, or Priesthood meetings, and that I could not have any callings. Subsequently, I was released from my calling of doing the ward bulletin.

Confused, I asked for clarification on what I could do and was told I can take the sacrament, give prayers and talks, and freely participate in Sunday School. In other words, I was worthy to take the Sacrament, but not worthy to create a bulletin.

After another lengthy meeting with my Stake President, he agreed to check again on three things for me: 1) my name change request, 2) my request to wear the female garment, and 3) my request to know whether or not, as a legally divorced person who didn’t want to remain alone the rest of my life, I should date men or women. Both my Bishop and my Stake President indicated they didn’t know how to respond and would have to get back to me.  I’m still waiting for a response three months later. He assured me again that I was very welcome in the Church, to which I responded, “Yes, but as a second-class member.”

I never got any answers.

At this point, I felt very hurt.  I pointed out that so much of Christ’s ministry was with those who were considered outcasts and that today’s outcasts are the LGBT members.  I wrote a letter to my Stake President with a copy to the First Presidency, quoting their policy regarding name changes. I attached a copy of the court order and asked again that church policy be followed, and my name changed to reflect my legal name.

Subsequently, I wrote a letter to Elder Ballard, reminding him of his comments at the BYU devotional in November of 2017 where he said: “I want anyone who is a member of the church who is gay or lesbian to know I believe you have a place in the kingdom and recognize that sometimes it may be difficult for you to see where you fit in the Lord’s church, but you do.”  I asked him if this applies to transgender members as well.

In that same devotional, Elder Ballard went on to say:

To date, I’ve received no answer to either letter.

At this point, I feel very hurt by my church leaders.  It doesn’t seem they are being Christ-like in the way they are treating me.  I attended an LDS LGBT support group meeting in Mesa (ALL).  I heard a wonderful discussion about a loving Heavenly Father who treasures each of us in the LGBTQ community.  The feeling of love was genuine, without judgement and deeply satisfying. I felt God’s love there, something I haven’t felt from top church leaders.

At that meeting, we were reminded of the covenants we make at baptism 1) to bear one another’s burdens that they may be light 2) to mourn with those who mourn, and 3) to comfort those who stand in need of comfort.  Are we, as a church, doing this with our LGBTQ members?

I want to attend church and worship God, but I don’t feel the Church wants me. It certainly doesn’t know how to treat me or respond to my needs.

Is it any wonder why LGBT members are going inactive or having their names removed from the church?

Linda is number five of nine children.  At an early age, she recognized the importance of an education and was the first to obtain a college degree.  She has a degree in Civil Engineering, with a minor in Spanish, and an MBA.  She had been married for 45 years.  Linda’s career took her to the Air Force where she served for 38 years as both an enlisted, an officer, and, lastly, as a civilian.  She spent twenty years overseas, first in Argentina as a missionary and, later, in South Korea, Italy, and Panama with the Air Force.  Although it was an issue for her entire life, Linda didn’t come out as a transwoman until September of 2017, just prior to her 69th birthday.  Although her wife was aware of her condition the entire marriage, coming out full-time resulted in a divorce.  Her goal for later life is to be a support for the LGBT community in helping others dealing with this difficult part of their lives.  She is very involved in Affirmation (a worldwide organization supporting LDS LGBTQIA) as well as SAGA (Southern Arizona Gender Alliance).  Linda is learning to play the piano, likes chess, and other strategy and logic games, and enjoys traveling. She loves to be around people.  Linda is fluent in Spanish and is conversational in Italian.

The Sisters Quorum would appreciate hearing your stories. Feel free to comment on this post or see our Submissions page. 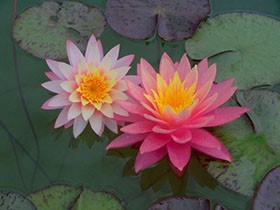 5 Replies to “On Being a Transwoman in the Mormon Church”