LEAH: We Mormons are a peculiar people known for our innovation and industry. We have our own welfare system, our own addiction recovery program, and we even have our own special in-house brand of misogyny.

Has it a name? It has now: Mormsogyny.

Mormsogyny is the potent intersection of misogyny and polygamy culture, a uniquely Mormon mix that affects not only people who dwell within orthodoxy, but continues to define gendered interactions in unorthodox circles.

Mormsogyny, notably,  persists even after disaffiliation with the institutional church, which means that even if someone leaves the church, Mormsogyny won’t leave them alone. Such is the long-reaching power of polygamy culture, that it creates this potent, deeply-rooted culture script.

In polygamy culture, two factors are present: 1) the man exalts himself spiritually while 2) denigrating a woman’s spirituality, generally for the purpose of his sexual gain.  Just as the term “rape culture” grew from the way rapists blamed their victims, the term “polygamy culture” grows out of proven, historic, male behavioral tendencies associated with early Mormon polygamy.

I notice, however, that polygamy culture is also apparent in Mormon behaviors not directly related to spiritual matters. Our potent Jell-O salad of history, culture, practice, and nuance can be seen in how Mormon men, both inside and outside the church, treat women, especially regarding issues of sexual harassment or abuse.

This was on full view last week when Robert Kirby, longtime columnist at the Salt Lake Tribune and darling of Progressive Mormons, wrote a column that sneered at a female who’d been sexually victimized by her mission president. The aftermath found Mormon women across the spectrum objecting. Those objections included one made by a prominent Mormon woman who wrote her own testimony of Kirby’s habit of boorish behavior, which Kirby unintentionally corroborated with more displays of the same on his Facebook page, now deleted. The privileges of priesthood rank persist even after Mormon men relinquish strict practice and/or literal belief.

Kirby has made a career of bucking orthodoxy and conformity, but his ham-handed reaction to feminist issues was disappointingly familiar. This is only the latest in many examples of how progressive Mormon men, who pride themselves on being enlightened, mistreat and silence the women around them.

Mormon feminists have theorized that some men leave the church over doctrinal or historical issues, but don’t do the work of restructuring the patriarchal foundations of LDS culture. The result is that their patriarchal attitudes towards women persist long after their literal beliefs in the claims of the LDS Church are gone. We see this result in Robert Kirby’s dismissive attitudes and in the behavior of many progressive Mormon males.

The ghost of eternal polygamy haunts us all, and those who try to deny its effects or profit by its lingering injustice will find its spectral shadow deepening over their words and works. Only calling this ghost by name can we begin to cast it out: Mormsogyny.

The Sisters Quorum would appreciate hearing your stories. Feel free to comment on this post or see our Submissions page. 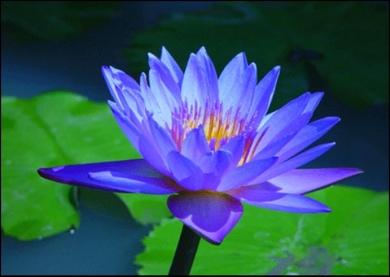