SARAH: Since gift giving is not my love language I usually prefer texts and phone calls come birthday time. “It’s the thought that counts” is a love language I speak fluently, so even when I’m given something I don’t care for I find myself warmed by the thought that someone cared. Except that one time when my MIL gave me a mop as a gift, I wasn’t understanding or grateful. I was upset. I became more upset when she gave my husband ski clothes that same year. Is it irony or illumination that when I started exploring Mormon patriarchy, I got a mop for my birthday and my husband got ski gear for his?

I was angry and hurt and then ashamed for feeling angry and hurt because I don’t think the person who sent such perfect patriarchal gifts meant to hurt me. I’m positive she didn’t even see that she was reinforcing all the thousands of messages about roles and mental/emotional labor that the world had been suffocating under since the dawn of time. But that’s how patriarchy thrives, isn’t it: by our blindness to it.

The former me would have ignored or dismissed my complicated feelings and pretended all was well in Zion, but I had started practicing uncomfortable authenticity and could no longer deny my emotions. I was waking up to the deeply buried resentment I had carried around for years, maybe decades, from being taught that a righteous woman should self-sacrifice to the point of constant burnout. I became overwhelmed with rage. I stopped attending church and activities because I could no longer stomach the indoctrination. I tried praying my fury away. I tried numbing it. I tried more self-care and positive affirmations. When months later the anger was even more intense I knew I needed intervention. I found some books about anger being a gift from God (instead of a tool from Satan) and I decided to do the riskiest, most godless thing possible: I started listening to my anger without reacting and without judgement. I discovered that the exact place my anger was constant and relentless was the exact place a boundary had been violated again and again. I started exploring saying “no” and got help to process the powerful guilt that came with it.  I started grieving the loss of being taught a lie. I started listening to my heart instead of male authority. Over time anger became a trusted friend guiding my limits instead of a feared enemy trying to destroy my fragile peace.

Months after this kind of internal processing, I decided I wanted a divorce; not from my husband, but from my home. I wanted to divorce the enmeshment of my entire culture assuming I was responsible for everything that running a home entails. I wanted a divorce from President Hinckley’s words “women who make a house a home make a far greater contribution to society than those who command large armies or impressive corporations.” I wanted a divorce from being lead point on anything to do with children, relationships or nurturing. But how? How does one divorce home? I couldn’t divorce the human need to eat, bathe, and sleep. I could leave my family and live in the woods to forage for berries or I could go back to work and have my paycheck pay for the outsourcing of the daily grind. That last option was tempting and more socially acceptable but it felt like the wrong direction. Culturally, we’ve had several decades of conversations about women and the workforce and only recently started conversations about men and the home, but I was less interested in comparing and contrasting the workload of designated physical tasks and more interested in changing how the mental and emotional energy of our home flowed. Home is supposed to be a place of safety and intimate connecting, not a battle between leader and laborer.

From nowhere the answer was staring me in the face. The house is its own entity, not an extension of my life force. Instantly the word “house” changed from a vampiric collection of bricks that stole my every waking moment to a living, vibrating womb that wanted to protect and nourish us but we had inherited the wrong user’s manual. I felt this unholy and perverted attachment between me and the house dissolve and shapeshift. We untangled ourselves from each other and were set free to redefine ourselves.

That night my husband and I started an ongoing conversation about treating the house like our first pet. I’m grateful to have married a man who lived patriarchy more through cluelessness than desire and he was willing to change, especially when he saw my light grow brighter. We made lists and charts and talked about limits and expectations without the confining shame of conditioned gender roles. We learned how to ask for help and regroup. We learned how to slow down, pause in heated moments and request more time.  We scheduled rest days so we could reset. We learned how to create instead of survive. We both felt initially over-exposed and vulnerable but those were acceptable growing pains.

The rewards have been delicious. I discovered enforcing my way of folding laundry or dressing the toddler was a power struggle to validate my worth and I had some adjustments to make. He discovered that when he invests some mental work into schedules and menu planning, he feels more emotionally connected to his family. It’s been a few years since that turning point. I started working and he started doing laundry without being asked. Our kids are in charge of managing their own time and possessions, as much as they can. I (mostly) no longer feel like the house elf. There is more love and less resentment. We all laugh more and stress less. The year after we started this new lifestyle I wanted an ice cream maker to continue some childhood traditions. We decided to gift The House an ice cream maker. It seemed like such a small thing, gift giving an appliance to a house instead of just buying one. But it was our way of showing our home we value it as a member of the family. And now gift giving has become a love language I enjoy speaking.

The Sisters Quorum would appreciate hearing your stories. Feel free to comment or see our Submissions page. 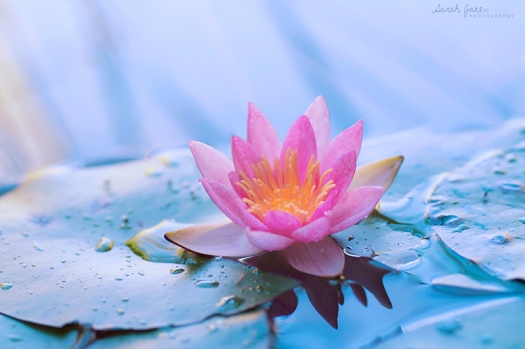 8 Replies to “I Divorced My House”