PILAR: I just stumbled onto an email on an old computer. Opening it feels like someone hit me with a sock full of quarters. I feel sick and dizzy. The email is from Janet, someone once close to me. Then I asked a favor, and she sent me this one last email. We haven’t spoken since.

Janet was assigned to be my visiting teacher, but she became a friend.  I was freshly divorced, a working mother with a long commute and latch key children.  When my children blew up my microwave one day, Janet stepped up and offered to help figure out a way to keep an eye on my children in the afternoons.  She was a life saver. She was also the person who had confronted me.

“I noticed the holes punched into your walls.  And it looks like the bathroom door was kicked in.”  She met my eyes and didn’t flinch.  “I think we both know what’s been going on here.”

I’m sure my tears confirmed what she suspected, but I couldn’t tell her he’d kicked in the bathroom door frame when, for self-protection, I took refuge behind it in during an argument. The bathroom wall was dented where my head struck when he threw me against it and began to strangle me.  He let go, and, in a guilty rage, added the hole in the wall with his fist.  I went to work the next day, counting myself lucky to only have bruises on the back of my head, under my hair, and two faint bruises on my neck I could cover with a scarf.

Instead of telling Janet the truth, I choked on my tears and shook my head. I couldn’t do it.

My children eventually shared some of the stories of their abuse with her.  She believed them.  And when I was ready to share, she believed me.  I will always be grateful to her for recognizing the abuse.  It had become part of my life, so normalized that I deftly hid it, pretending everything was normal.  I hid bruises, covered up, and overcompensated in a hundred different ways to keep him calm. The truth was he’d been hurting me and my children for years.

You might think such abuse hardly ever happens, especially in our Church.  You’re wrong.  We don’t talk about it, but it’s here. Maybe you wonder why you don’t hear about it.  There is a high cost to opening up and telling the truth.  If I had it to do over again, armed with the knowledge I now have, I’m not sure I could. My list of friends quickly shortened to a list of people who believed me. Many of my “friends,” thinking me a liar, dropped me and moved on.

In the years since this, I have realized what a precious gift Janet gave me.  To be believed.  Abusers frequently tell victims that nobody will believe them. “Nobody will believe you” is such a cliché threat that even I imagine Bill Murray stealing my fries and running away when I hear it.  The real power behind the threat is that it is truth.  If you say, “This man abused me,” many people will, in fact, not believe you.  His friends won’t believe you.  His family probably won’t believe you, or won’t want to, or will side with him anyway.  If he’s charismatic and narcissistic and flirts with your friends in a friendly, non-threatening way, they probably won’t believe you either.  If he’s good looking and likable, they may not believe you.  And then finally, there’s the last group of people—the ones who don’t care enough to make a decision about it.  They’re too busy with their own lives and don’t need your drama.  These people don’t give enough of a damn to even disbelieve you.

Until I began to tell the truth about my abusive marriage, I had no idea that people would question my credibility.  Up to that point in my life, I’d had the privilege of being taken at face value.  No one had ever called me a liar, not until then.  Years later, the last thing that haunts me from this is a quiet whisper in the back of my mind that hisses “they don’t believe you” whenever I am filled with fear, anxiety, or self-doubt.

In the huge tangle of never-ending legal battles, my attorney asked,  “Do you have any proof, any pictures, any confidants who can testify to this?” Years spent hiding the abuse were detrimental to my case.  The one person who might help me?  Janet. My visiting teacher, the only non-family, unbiased person to whom I had confided.  So I asked her in an email: “Will you testify on my behalf?”

The email I found was her response. “No.” She said much more, but that was the gist of it.

I was shocked. I didn’t know what to do.  I hadn’t expected a negative response.

Her response was angry and emotional.  She was furious with me, and I had no idea why. Now I realize she didn’t want to testify because she knew what would happen to her. You see, she had already tried to tell her own story of abuse and nobody believed her.  She didn’t want to endure being called a liar again.

Sitting in front of her email today, I can’t blame her for saying no. I understand now. It is so hard to not be believed.

So please, believe us. When you don’t, you strip us of the last of our power.

The Sisters Quorum would appreciate hearing your stories. Feel free to comment or see our Submissions page. 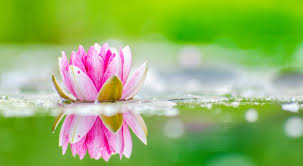 3 Replies to “Believe Me”