READER POST: Early in my marriage, I learned that my mother-in-law loves the temple. To her, it’s the pinnacle of family bonding time and the first thing she wants to do any time the family gets together. For instance, the evening before one family wedding, her sons had to explain why it would be insensitive for those of us with recommends to ditch the bride’s parents and the groom’s grandparents, who did not hold temple recommends, in order to attend a session together.  On another occasion, my mother-in-law picked up family at the airport and informed her travel-weary relatives that they were heading straight to the temple for a 2-hour session. Yes, she loves the temple that much, and its a problem.

A few months after my own wedding, my husband’s parents came to visit. At the time, my husband and I lived about a half hour away from the temple, so it was a given that we would do temple work while they were in town.

During the Endowment ceremony, I sat next to my mother-in-law. It seemed like a normal session, and, while we were in the Celestial Room with our husbands, my mother-in-law showed no indication that anything was bothering her. It was only when the two of us were alone in the women’s changing room that she confronted me. As we folded our ceremonial clothing, she said in a casual tone, “You know, I didn’t hear you say an audible ‘yes’ at the covenant about hearkening to the counsel of your husband.”

I was shocked and didn’t know why she was bringing it up in the first place. I had noticed that she said “yes” quite loudly each time she was prompted, while my inner Sunbeam made me whisper during the entire ceremony. I don’t recall exactly how I responded, just that it was something about how I interpreted the ceremony to implicitly require my husband to hearken to my counsel as well.

“You know,” she said. “When I first got married, I thought ‘I’m smarter than him!’ But I’ve learned that it’s important for men to feel like they’re in charge and like they’re the leader in their family. They need that, and it builds their confidence.”

At the time, it had been about four years since I’d first received my Endowment, and for most of those four years, I had found the Endowment Ceremony calming and joyful. After discussing the ceremony in the Celestial Room with feminist friends, I had come to interpret the symbolism in empowering ways. Looking back now, I think we had to jump through too many logical hoops to get to those empowering interpretations, but at the time they resonated with me.

Yet, just one conversation with my new mother-in-law stripped those positive interpretations to the bone. The experience reminded me that it didn’t really matter how many Mormon feminists met in the temple and whispered, “Adam hearkens to Eve’s counsel when he eats the fruit, and then she agrees to hearken to his counsel too. See? Husband and wife are supposed to listen to each other and make decisions together.” For every feminist with that interpretation, there were hundreds of members who took the one-sided covenant literally.

Ironically, I’m not sure whether my mother-in-law really believes what she said that day. In her own marriage, that’s clearly not how they make decisions, and it’s not what she taught my husband. And, of course, it’s not what he believes; I would never have married him if he had. A couple years later, I reminded her of that conversation, and she was shocked. “I said that?” she asked.

Perhaps it wasn’t really about gender roles for her. My mother-in-law and I had a rocky start to our relationship for reasons beyond my control (she wanted her son to marry his ex-girlfriend), and I think her remarks that day were more about her disapproval of the marriage than anything else. But I can’t just dismiss that conversation as one person being a jerk, because, the thing is, those words gave her an easy weapon to cut down a new daughter-in-law whom she resented. Doctrinally, she wasn’t exactly out of line with the Church of Jesus Christ of Latter-day Saints. After all, the Church still lists husbands as the head of the household and teaches that husbands preside over their families.

Enough time has passed that my mother-in-law and I have been able to heal our relationship, but it still bothers me that the temple provided that sort of ammunition in the first place. It certainly isn’t the first time someone has used that language to hurt a woman. I’ve heard many firsthand accounts of women whose husbands used the temple language to control and abuse them. Just think how much harder it must be to escape abuse if other women—perhaps your mother-in-law or even your own mother—are telling you that you have to obey your husband and let him feel like he’s in charge.

The removal of the “hearken” covenant has the potential to take that weapon away from the people who would use it to hurt women, but how many people will not learn about the change, given the Church’s insistence that we not talk about the change or even acknowledge that anything is different? Without the Church clearly disavowing the previous language, or at least the literal interpretation, how many men and women will continue using that language to control the women in their family?

READER BIO: Naomi is an East Coast Mormon through and through, though she spent some time in the South, where she learned how to battle scorpions. She grew up in a congregation full of Mormon feminists and can’t imagine any other way to live her faith. 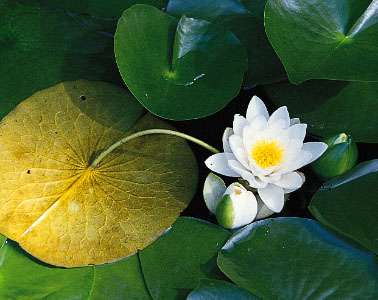 2 Replies to “When Women Use the Temple as a Weapon”