READER POST: At the foundation of the patriarchal culture of the Church of Jesus Christ of Latter-day Saints is the silencing of women. Until recently, women were not allowed to speak in General Conference. Their voices are excluded from critical councils of the Church–the councils that make policies which determine the quality of a woman’s life and how a woman may participate in the Church. Under these conditions, women are expected to obey Church leaders without complaint. Those who refuse to do so are too often marginalized and shamed.

In my decades of service in the Church, I have discovered that women are routinely silenced. They have no voice in bishopric and stake presidents meetings, where major decisions for their wards and stakes are made. Anything that they ask for or suggest may be—and often is—over-ruled by executive priesthood councils. This occurs in general Church leadership as well.

The culture of silencing females in the Church has biblical roots. Paul wrote:

Let your women keep silence in the churches: for it is not permitted unto them to speak; but they are commanded to be under obedience, as also saith the law. And if they will learn any thing, let them ask their husbands at home: for it is a shame for women to speak in the church. (1 Cor. 14:34)

Too often Church leaders follow Paul’s directives. In the past General Conference, the numbers of female speakers was reduced by half. When women were recently encouraged to bear more children, the voices of unmarried, infertile, or over-worked women were ignored. The pleas of exhausted women are discounted when women are given a longer list of tasks and responsibilities to perform by Church leaders who are not listening to their voices.

When Chieko Okazaki was a member of the General Relief Society presidency, she was shocked to learn that the Proclamation on the Family was drafted without the input of any of the women heading the world-wide women’s organization. Instead, the Relief Society presidency was asked to attend the meeting where the proclamation was read to them. She was disappointed that the sisters had no input regarding the drafting of the document and stated:

The apostle who was our liaison said, “Isn’t it wonderful that he made the choice to present it at the Relief Society meeting?” Well, that was fine, but as I read it I thought that we could have made a few changes in it. Sometimes I think they get so busy that they forget that we are there.

In a high-demand, patriarchal Church like ours, women have no input in the creation of policies and procedures, and this reality gives leaders unsupervised access to vulnerable children and youth in worthiness interviews. Women who report ecclesiastical sexual abuse are routinely silenced. There is no one in the Church to whom they can legitimately report abuse, and if they do, they are often gas-lighted or demeaned.

Too many of our youth are open to abuse by their leaders in closed-door, one-on-one interviews.  Church policy suggests children can invite their parents to attend interviews with them, but children do not understand the dangers of sexual grooming or the possibility of abuse by a trusted leader, nor do many parents.

In contrast to the current practices in the Church, Jesus loved and honored women in a culture that dehumanized them.  Women were among His most faithful disciples. When Mary and Martha told Jesus their brother was dying, He wept with them in their grief.  He encouraged women to persistently petition, celebrated their contributions, and rebuked those who condemned and marginalized them. Women anointed Him before his crucifixion and after His death. They were among His most loyal followers, never leaving Him at the cross even when most of his apostles did. He appeared first to a woman after his resurrection. What greater tribute?

READER BIO: Karen grew up in Salt Lake City and is the daughter of two lifelong Mormons. She earned a Master’s Degree at BYU, has been an active member throughout her life, and has embraced friends of all races and religions, as her parents before her. She has a kind husband, four  children, thirteen grandchildren, and has volunteered as an educator at the Rape Recovery Center. She is an advocate of Buddhist meditation, which has helped her survive the cognitive dissonance of seeing many women experience ecclesiastical abuse in the LDS Church. She prays for the day when Church leaders will give all survivors of abuse the respect and compassion that they deserve. This is Karen’s second submission to SQ. 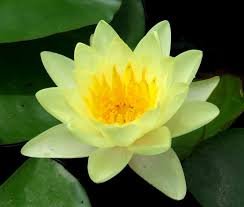 2 Replies to “The Silencing of Women in the Church”